Starshine Has Moved!!If you want to see all of my new games and content, head to: Starshinescribbles.com 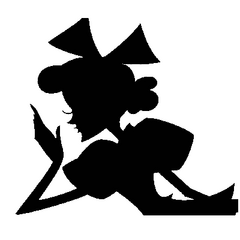 Hi! I’m Starshine!I’m a queer creator who creates tabletop RPGs, board games, art, and original writing of all kinds!I've always loved creating weird and wonderful things that challenge the norm and look at things from new or unusual angles.This site acts as my portfolio!

I'm a big fan of Dungeons and Dragons, especially 5th edition!I love creating things that give players fun new options to play with as well as resources that help DMs make their worlds feel more alive!

I make original ttrpgs and board games.
I'm a big fan of games that don't use dice, as well as games that have a strong social and improv aspect!

Creating games can be tough, especially when you need to find images and fonts.To try and make the process easier, I sell many of the resources I create for my own games so that other creators can use them.

I've been a visual artist for many years.Photography was my first love and I still love to capture the world with my camera.I'm especially interested in photographing things that show the overlap between the human world and the natural world.

I’ve always been fascinated with nature and its complexity. While at first glance natural spaces may seem simple and monolithic, the more you look the more complex they become with each little detail being the result of many different interconnected processes.I like to use unusual angles in my photography to encourage people to look at nature with fresh eyes and to display and catalog these small and often overlooked complexities that make up our natural world.

Urban design is always changing and often acts as a record of where we have come from as well as giving us a hint as to where we are going.Many large urban centers seamlessly blend their past and present through their structures and I try and capture this in my pictures.

The natural and human worlds interact in many different ways. Sometimes these relationships are destructive and other times they are symbiotic"Intersect" is a series of pictures where I explore small ways the natural and human worlds interlink.From deliberate human management of nature to nature slowly encroaching on human
constructions, this series is designed to shine a light on places where the two worlds are visibly interlinked in ways that most people simply ignore.

Both me and my work often pop-up on various websites or podcasts.This is a complete list on where my work has been featured or things I've appeared on as a guest.

I write articles and fiction!My articles are hosted in several places, including my blog, Medium and I also write for various websites, including CBR.Click the title of the work to be taken directly to it!

Click the title to be taken to the article.

I'm a freelancer who is always looking for a new challenges and adventures!If you wish to discuss hiring me, please send me an e-mail at [email protected] or tweet me at @starshinescrib!Currently, I offer the following services: